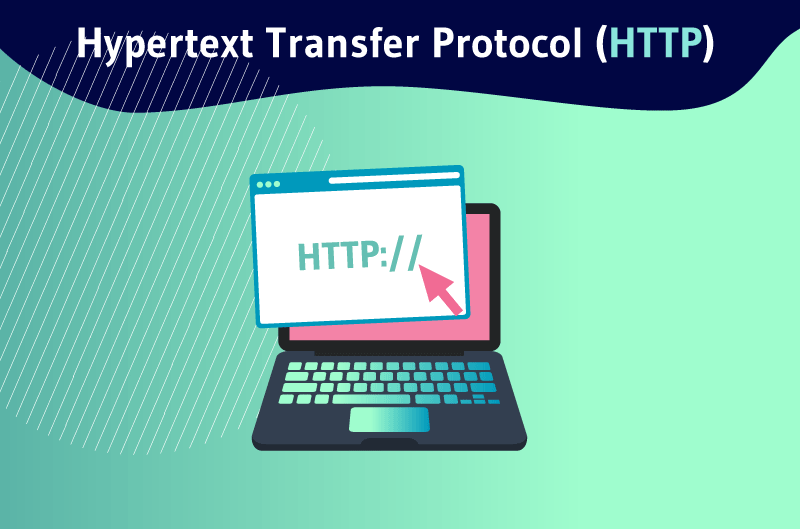 HTTP stands for Hypertext Transfer Protocol . It is essentially a communication protocol used to conduct information between the client and a web server.

Today, the HTTP protocol remains one of the main ways to use the Internet that net users cannot live without.

If you are an internet user, you should definitely pay attention to this article that tells you everything you need to know about the HTTP protocol

Chapter 1: What is HTTP?

Because the HTTP protocol is one of the fundamental elements of the internet, we will talk together in this chapter about everything you need to understand about this protocol

1.1. Definition and history of HTTP

HTTP or Hypertext Transfer Protocol is a technique for encoding and conducting information between a web browser and a web server. HTTP is the main protocol for transmitting information on the Internet.

The HTTP 0.9 protocol was created in the late eighties, but with a low capacity

This innovation was led into the web world by Tim Berners-Lee at CERN in Geneva for the sharing of information between the physics community.

Given the inadequacies of the HTTP 0.9 protocol, Berners-Lee thought of improvements by inventing the first real version HTTP/1.0 in 1991

This new work of the actor was proposed as RFC 1945 to the Internet Engineering Task Force (IETF) regulatory body in 1996.

With the release of NCSA Mosaic, an easy-to-use graphical browser, the WWW grew in popularity and some of the limitations of version 1.0 of the protocol became evident, in particular:

1.2. How the HTTP protocol works

Whenever a user makes a request on the Internet, he is undoubtedly using the HTTP protocol. Not only to send the request to the server hosting the requested page, but also to receive the data in response from the server.

The client’s request is made via the browser, which manages the entire communication and returns the resources requested by the user to the screen. The browser sees a Web page as a set of objects linked together by hyperlinks.

Thus, a Web page will surely be composed of an HTML body and other resources that could be scripts, images, Java applets, etc.

HTTP relies on the TCP protocol of the transport layer to ensure the transfer of data from the server to the client.

The main reason for the use of TCP protocol by HTTP can be explained by the data transfer that it guarantees, unlike the UDP transfer protocol

Although the use of TCP has a great advantage of reliable data transfer, it also implies a longer waiting time to receive the requested resource

This can happen only because before transmitting the data, TCP must establish a connection in an operation called Handshake

Reliable data transfer is essential for HTTP, because if the entire HTML body of a Web page were not transferred to the browser, due to a transmission error, the requested page would be impossible to display or its content would be altered.

As mentioned earlier, HTTP belongs to the application layer while TCP is a transport layer protocol. This explains a little about how HTTP exchanges data with TCP.

For example, if a user requests a Web page and sends an e-mail at the same time, there will be two sockets

But when the user tries to open two web pages at the same time, only one socket could be created in this case

Because the socket in this case refers to a single process. The socket allows to manage, independently, the received packets to display separately the two requested web pages.

1.3. The purpose of the HTTP protocol

When we talk about the hypertext transfer protocol, we immediately refer to the role of HTTP in the transmission of website data on the Internet

As for hypertext, it refers to the standard form of Web sites through which one page can refer users to another page via clickable hyperlinks, usually simply called links

The purpose of the HTTP protocol is to provide a standard way for Web browsers and servers to communicate with each other.

Web pages are designed using hypertext markup language, or HTML, but HTTP is used today to transfer more than just HTML and the Cascading Style Sheets, or CSS, used to indicate how pages should be displayed

HTTP is also used to transfer other content on Web sites, including images, video and audio files.

When a computer is simply retrieving data, it typically sends an HTTP message called a GET request, and when it is sending form data or downloading a file, it uses other message formats called PUT or POST requests

You can see the HTTP messages that your web browser sends in many browsers via the built-in developer tools.

Today, HTTP is used by many applications other than web browsers to send messages to servers

People who create applications voluntarily choose HTTP because it is well understood by many developers.

Another reason is that HTTP is generally not filtered by network firewalls designed to allow Web traffic, which means that HTTP messages can pass through most home and office networks without a problem.

The first thing you need to know is that HTTP uses an advanced addressing scheme. It assigns an IP address with recognizable names so that it can be easily found on the World Wide Web

Compared to the standard IP address procedure with a series of numbers, by using this, the public can easily interact with the Internet.

Whenever an application needs additional capabilities, HTTP can grant it extra functionality by downloading extensions or plugins and displaying the relevant data

With HTTP, each file is downloaded from an independent connection and then closed. For this reason, no more than one element of a web page is transferred. Therefore, the risk of interception during transmission is low.

In addition, when the page is first loaded, all HTTP pages are stored in Internet caches called page caches.

Therefore, once the page is visited again, the content will be loaded faster.

1.5. The disadvantages of HTTP

Since HTTP does not run on the basis of data encryption, it is quite possible that your content could be modified by someone else.

This is the reason why HTTP is considered an insecure method and displays data integrity. This makes the data vulnerable to attacks.

Confidentiality is another problem encountered in an HTTP connection. If an attacker manages to intercept the request, he can display all the content present in the web page

In addition, they can also collect confidential information such as username and password very easily

On the other hand, even if HTTP receives all the data it needs, clients do not take any action to close the connection. Therefore, during this time, the server will not be present

In addition, once HTTP has to create multiple connections to transmit a web page, it causes administrative overhead in the connection.

1.how are HTTP and HTTPS different?

You will notice that some URLs start with HTTP and others with HTTPS, the ”S” stands for secure encryption, which is guaranteed with a certificate

HTTPS simply means a decrypted public key on the recipient’s side. And this public key is obtained in an SSL certificate.

The SSL certificate represents an online identity document, indicating that the website is protected and free from external threats

SSL encryption has many benefits for both customers and websites. Key benefits include:

As for the HTTP protocol, it is limited to message transmission without security encryption. This makes the data very vulnerable to attack.

Chapter 2: What is an HTTP status code?

It can happen that the client can make requests to the server, and in return the server responds with status codes and message payloads. The status code is important and tells the client how to interpret the server’s response

All HTTP/1.1 clients must accept the Transfer-Encoding Header. This class of codes was introduced in HTTP / 1.1 and is purely provisional

The server can send an Expect: 100-continue message, telling the client to continue sending the rest of the request, or ignore it if it has already sent it. HTTP/1.0 clients are supposed to ignore this header.

This indicates that the client’s request was successfully processed. Very often you will see 200 displayed. For a GET request, the server sends the data in the message. There are other less frequently used codes:

These codes are used when the server thinks the client is at fault, either by requesting an invalid resource or by making a bad request

The most popular code in this class is 404 Not Found, which I think everyone identifies with. 404 indicates that the resource is invalid and does not exist on the server. Other codes in this class include:

This class of codes is used to indicate a server failure in processing the request. The most commonly used error code is 500 Internal Server Error. The others in this class are:

HTTP is since its first version until the recent one the main data transmission protocol on the Internet. It is an inevitable way for any Internet user to get a response to his request.

It is then a necessity for anyone using the Net to know the essentials about HTTP. For this purpose, we have covered the points that may seem complex to you about the concept of HTTP.

I hope this article was useful to you, don’t hesitate to leave me comments if you have any questions.