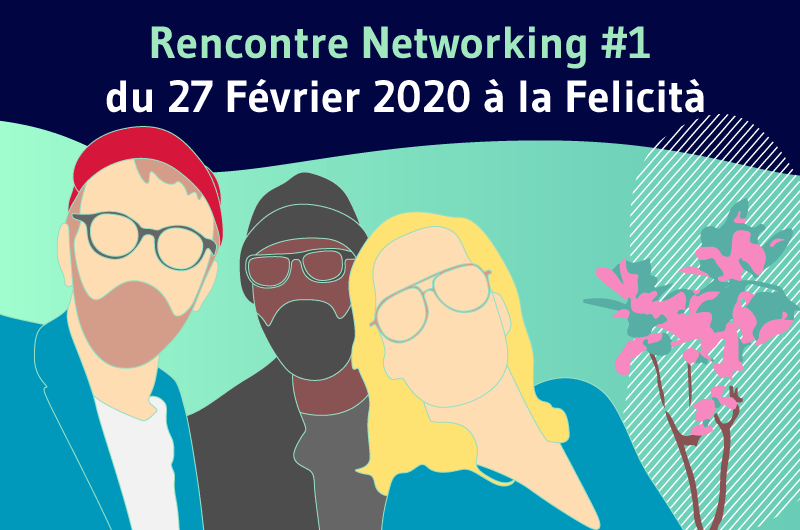 This is the warm compliment that Teddy P. made to the LinkedInLocalParis that I organized:

And yes! I initiated a free event to promote networking with the LinkedIn community in Paris

To be honest, it was the very first event I had to organize myself, whether in marketing or in my private life. I must say that for a first time, the course was far from perfect

If you missed it, I propose you here a short report with pictures showing the atmosphere of the place

For the more curious, you will see the route I followed and the two main difficulties I encountered during the organization of this meeting. Not to mention the various reactions from the LinkedIn community!

Ready for the adventure!? Let’s go !

1.1) What is the origin of LinkedInLocalParis?

As the name suggests, the idea of creating the LinkedILocalParis came from the observation I made while using this professional social network.

Indeed, I realized that my relations on LinkedIn and I tend to have nice discussions / exchanges.

Personally, I much prefer physical interactions in the real world to virtual interactions. Although the latter are still convenient, I choose the former whenever possible.

Thus, I can say that the LinkedInLocalParis is aptly named since it is a moment of exchange in the center of Paris between members of the LinkedIn community.

The principle remains simple: Meet in all simplicity around a drink without any headache to talk about everything. In particular, about

Let’s tackle the next point:

1.2. how did you participate in LinkedInLocalParis?

Participation in my event was completely free and I plan to keep it that way for the next few times. You will only have to make expenses if

The next few times will probably be like this so that anyone who wants to grow their network can be more than satisfied.

That being said, the only condition is to register and download the ticket for free on Eventbrite

You can also follow the linkedIn page page of the event in order not to miss any update on the next LinkedInLocalParis :

So, where was the place to go to attend the networking event:

1.3. Where was the LinkedInLocalParis held?

Admittedly, I had a hard time quickly finding a place that could host the event

The venue that was finally chosen was “La Felicita”

Curious to know how I could find this place and its characteristics? Come on, I’ll tell you everything:

From the beginning, I told myself that I was going to organize the event in a place in Châtelet or Saint Lazare.

You can see it in my first publication about the event

In my second post, I asked for suggestions from the LinkedIn community

At this point, I still hadn’t found a venue to host the event. Some even advised me to privatize a room in order to quickly find a venue, which unfortunately risked emptying my pockets.

That’s why in my third post, published less than two weeks before the event, I was explicit in indicating that I had no idea where the meeting would take place.

This approach was successful

The venue for our LinkedInLocalParis was therefore “La Felicita”, a huge “food market” with a surface area of 4500 m2 that respects all the criteria you have certainly read in the post

I can confirm that “La Fecilita” respects most of these criteria and if you want to have a look at it, watch the video I made with Ruben Taieb in the previous publication.

Here is also the place in pictures

The exact address is :

To find your way easily, please refer to the previous map

Here are some additional indications to come to the event:

The first edition of LinkedInLocalParis took place on February 27, 2020 at 7pm. This is a Thursday evening and you may be wondering “why not a weekend?”.

This way, you’ll have your own weekend!

Note that due to the nature of the meeting, you can come at any time and divide it up as you wish ?

Chapter 2: How did the LinkedInLocalParis event go?

There’s a lot to say here, but let’s start with the most obvious question:

2.1. How many people registered for the first networking event?

As with any event, the number of registrants climbed as the day approached.

Just after my first publication, one month before the event, there were 7 registrants

Then we reached 30 daredevils:

I didn’t think my event would generate this much excitement. I was thrilled when we passed the 50 mark

From there, the numbers quickly climbed

We finally reached 119 registrants! A number that I had to limit for practical reasons

2.2. What was the number of participants at the first networking meeting?

Out of 119 registrations, 24 of us were brave enough to share a good moment of meeting. We belong to different sectors of activity and we were all open to exchange.

Curious to know how things went?

2.3. how did the LinkedInLocalParis go?

The networking was as simple as you’d expect.

The participants were welcomed by the big smile of the famous Bekir-Cem who took care of taking names and indicating precisely where to reach us.

Then, they joined Emmanuelle Parvedy in order to register by mentioning their name & first name as well as the sector of activity.

Being at the label stand, she put a yellow sticker on the participants’ jacket, especially to those who did not wish to be photographed.

I insisted on this point because of the stories of image rights, as I mentioned in this post

On the other hand, the fantastic Mariana took care of taking pictures of the participants who wanted to enrich the image gallery of this event.

As for me, I took the floor around 8pm to quickly say a few words.

Apart from these key steps, the rest of the evening was very convivial and everyone had fun chatting with the other participants.

For my part, I tried to play the role of “matchmaker” so that the exchanges between the participants were as comfortable as possible.

2.4. How did the participants enjoy the event?

After the evening, I made a publication on LinkedIn that shows the atmosphere of the evening

2.5. Some pictures of the networking event

The fantastic Mariana took some great pictures at the event. Here are a few that will give you a glimpse of the atmosphere that reigned at this event:

You just need to have a Gmail account and log in to access it. Preferably, use a computer since the display on a laptop is not at all superb (At my place anyway).

Let’s look at another important point:

Chapter 3: What is the LinkedIn community’s reaction to this event?

This event is specifically for LinkedIn community members. Therefore, it is only natural to ask how they reacted to LinkedInLocalParis.

Note that there are several types of reactions, but the overall picture is clearly optimistic

In this section, I’ll also use the discussions so that you have a clear idea of the phrases used.

In fact, the various posts about the event saw a large number of engagements:

The level of engagement is remarkable with the different publications I integrated into the article.

Let’s not forget the discussions that remained extremely positive!

Here are some captures

And those who could not come also showed up:

3.2. how did those who unfortunately could not come react?

The event being local, not everyone was able to attend for different reasons. While many were far from Paris, others were certainly busy with work.

Many of them did not hesitate to report it

Now let’s talk about the difficulties I encountered:

Chapter 4: What were the difficulties encountered in organizing LinkedInLocalParis?

For the organization of this event, I was confronted with two major problems

Indeed, I named the event LinkedInLocalParis as I already explained, but there was a problem.

The social network doesn’t like to have its name used anyhow: LinkedIn. Or at least, the team has developed special special rules about organizing events.

Aware of this, I had to contact a lot of people in France and even the LinkedIn team

I didn’t get any feedback on any of the multiple follow-ups I had to make.

In fact, other people brought up the subject in comments when I posted jobs on LinkedIn

Here are a few exchanges

Conclusion: The LinkedInLocalParis – An event to be repeated

By analogy, I would say that all it takes is the right meeting to turn an entire career or business around

That’s one of the reasons why I love to get out of my den to meet other professionals / entrepreneurs. And where do you find communities of people with such profiles: LinkedIn!

I love this social network, that’s why I’m very active to bring my part to the French community especially.

But the virtual is not as effective as the physical, so I wanted to break the ice by organizing the LinkedInLocalParis

This is the first event that I personally organized and it took place on February 27, 2020 at “La Felicita”.

And as many wanted the event to be repeated, I will organize a second meeting

So, if you missed this first edition, get ready and follow the linkedIn page page so you don’t miss any updates. My personal account is also very active and I will not fail to publish the necessary information

Until we meet, I say